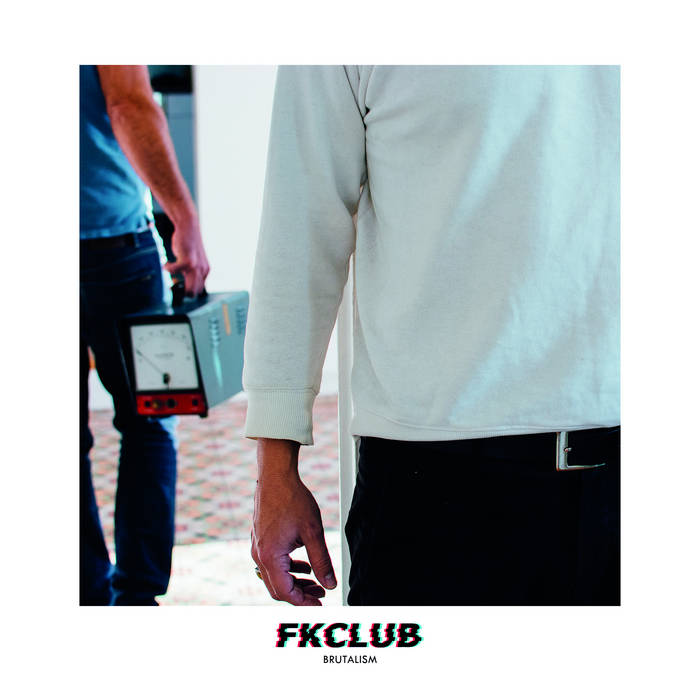 On his second album as FKCLUB, Marc Lapeyre invites us to climb down into the urban jungle.

With FKCLUB - his solo electronic project - Marc Lapeyre has become known to amateurs of dark and troubled dancefloors. His releases have graced the shelves of labels like Relish, Labelle Records, Dogs and Vultures, La dame Noir or PIAS while his remix talents have been enlisted by artists like Nasser, KCPK and Mugwump… His new album “Brutalism” comes out on Astrolab Recordings, a label with which Lapeyre had already developed his previous project La Décadanse, with label boss Laurent Pastor.

“Brutalism” is FKCLUB’s second album after 2010 debut “We Spent All We Have”. By returning to this personal project (drummer Antoine Germain joins for live shows), Lapeyre synthesizes a musical aesthetic refined over the course of many years in the international spheres of the electronic music world, both as a musician/producer, and as a DJ.

On “Brutalism” we find FKCLUB working with his twin obsessions for rock and electronic music. Nine Inch Nails’ The Downward Spiral and Mr Oizo’s Analog Worms Attack are two major influences that form a Möbius strip around the principal question - “what is a human being?” - that lies at the heart of the album and that guide his productions towards a dark and vertiginous apex.

Written, recorded and mixed in his studio in Marseille, the collection of tracks was produced on a range of vintage analog machines: semi-modular Korg PS 3100 synth, Roland SH 101, Roland TR 808, Simmons SDS 800… With the mixing going through hardware: Neve preamps, Eventide H3000 effects rack and Effectron 2. The result is 12 uncompromising, raw and minimal songs.

There are tracks that immediately stand out, like the impudently sensual “Breeze”, “Hyper Victim” or “Fast Love”, the throbbing rhythms of “Voight” and “Volta” or the abstract swarmings of the album’s three instrumental tracks. “Brutalism” reflects an individual’s outlook on the experience of life in the suburbs of a fathomless mega city, one which might bring to mind the strange and merciless world in Ridley Scott’s Blade Runner. The name of the album is an obvious reference to the architecture movement started by Le Corbusier, which shaped cities after the second world war, for better or for worse. It’s also a personal reference to La Cité Radieuse, the first authentically brutalist building that Le Corbusier planned in Marseille, Lapeyre’s hometown. There’s beauty to be found in the repetitive aesthetic of tracks like “Suburban Kids”, “Combat” or “Black Matter” where the emotion is wild and primitive. That is really the essence of “Brutalism”, an album that is as heady as it is dark and stifling, with few equivalents in the contemporary musical landscape.

It’s also worth noting that on “Superamerica”, FKClub welcomes Don Moyé, the drummer from the legendary american band Art Ensemble Of Chicago, which celebrates its 50 years this year.

The release party of “Brutalism” will be held at La Boule Noire in Paris on June 12th.

All tracks are written , produced and mixed by Marc Lapeyre.

Additional drums on Breeze by Antoine Germain.
Additional percussion on Superamerica by the great Don Moyé from Art Ensemble of Chicago.

With FKCLUB - his solo electronic project - Marc Lapeyre has become known to amateurs of dark and troubled dancefloors. His releases have graced the shelves of labels like Relish, Labelle Records, Dogs and Vultures, La dame Noir or PIAS while his remix talents have been enlisted by artists like Nasser, KCPK and Mugwump... ... more

Bandcamp Daily  your guide to the world of Bandcamp